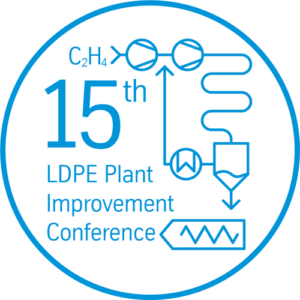 The company Innospec Leuna GmbH performed a project to replace the existing tubular reactor of its EVA plant in Leuna. Due to massive corrosion issues a changeover from carbon to stainless steel tubes has been required. An originally simple replacement issue has turned into a major project including the erection of a new reactor bay, the installation of a blow down vessel and the new gas feed and discharge pipes. A further challenge was the consideration of ongoing bracket failures as well as subsequent gas leaks at the old tubular reactor and to avoid such failures for the new one.

Together with Dr. Jansen – Vibration and Pulsation Consulting a metrological validation of the dynamic behaviour of the new reactor components was initiated. The goal of this investigation was the identification of potentially excessive operational vibration levels for the equipment before the first run of the new reactor.A series of forced response tests has been performed shortly after the erection of the new reactor stacks. On the basis of the Study of Pulsation for this plant and the results of the forced response tests potential resonance cases have been identified.To avoid a resonance under operation the obvious equipment has been reinforced to shift the natural frequencies out of the excitation range. Furthermore, positions for an operational vibration monitoring of the reactor have been defined.A metrological validation of the effectivity of the measures was performed during the commissioning of the new reactor. This covered a check of the operational pulsations levels as well as an operational vibration measurement.